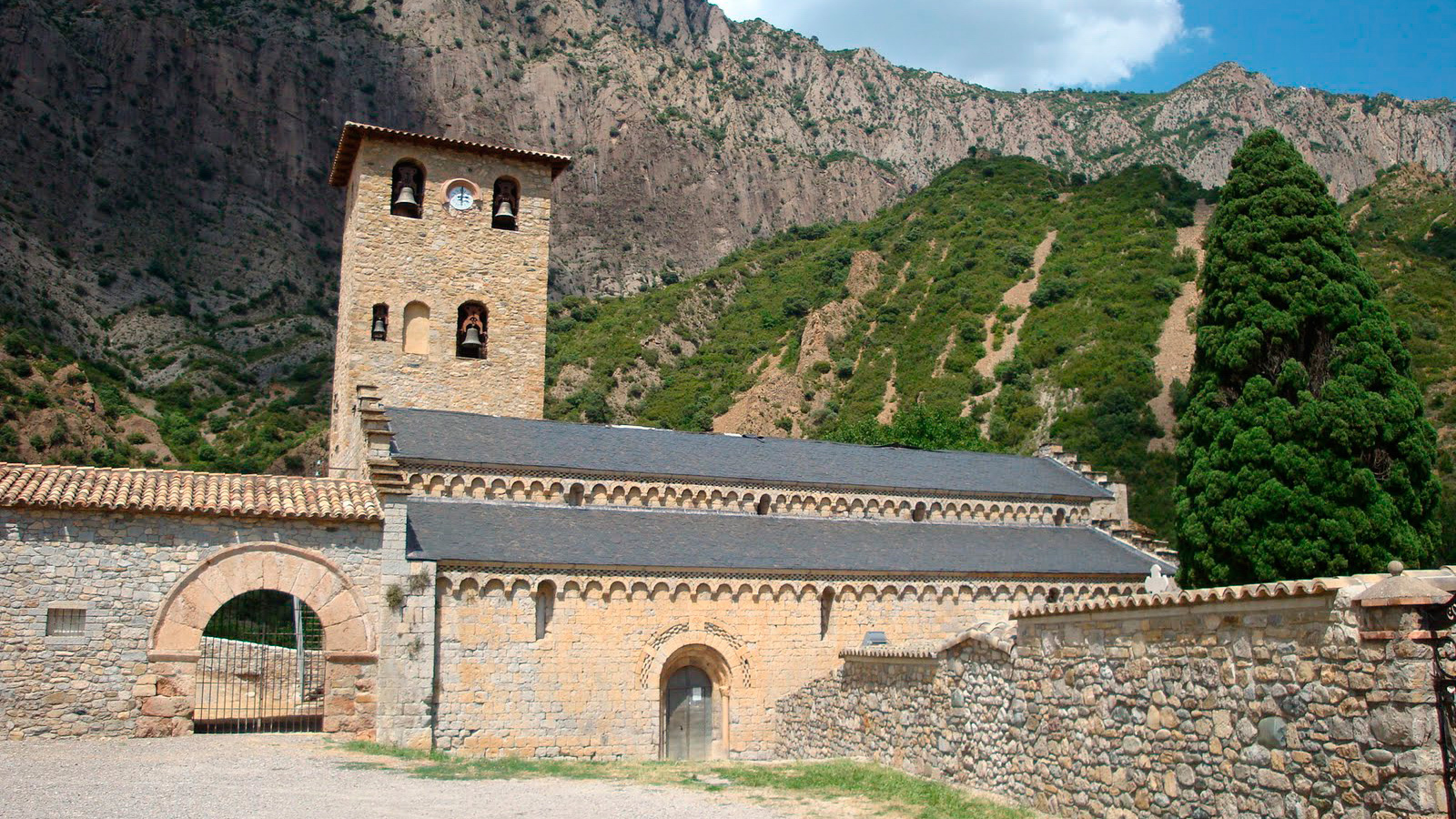 One of the oldest monasteries of Spain, documented since the year 806. Its Church is a large temple with three naves. On the outside, the apses ad walls are decorated with Jaca-style checkers molding and Lombard band. The door is decorated with semicircular archivolts and a Chi-Ro symbol. Its cloister disappeared and the bell tower was built later. There are guided tours available.